What jumps out of your mind when you hear the word ballerina? Is it an image of a waif like a-la-Black-Swan’s-Nina-Sayers antihero? Probably a woeful, willowy creature, maniacally counting the calories of her sans-dressing cucumber salad, in the very rare moments when she is not toiling away at the barre of shame? What if you found out that inside that twirling head of hers hide demons and insecurities, but also wisdom—lots of wisdom, in the making? 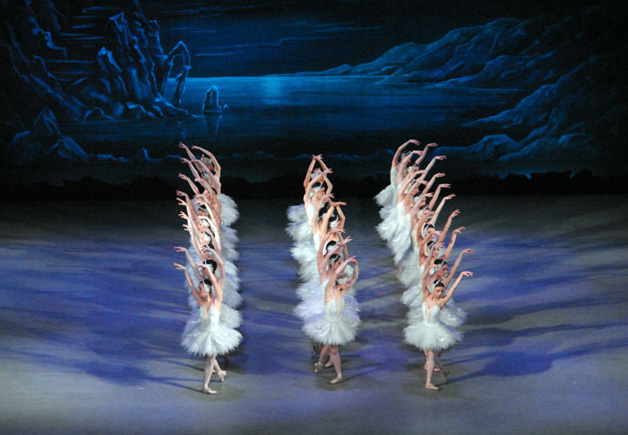 “Ballerinas and danseurs undergo years of hard physical and mental training, enduring intense anxiety about both performance and personal body image. Those who stick with ballet are also those who learn the tools needed to manage negative experiences and perceived failure,” says Dr. Patrick Williams, who was a Postdoctoral Scholar in the Department of Psychology at the University of Chicago, and lead researcher of a cutting-edge recent research titled: “The Relationship between Mental and Somatic Practices and Wisdom”.

Williams and the rest of the team first framed wisdom as: “A deep and accurate perception of reality, in which insight into human nature and a diminished self-centeredness are acquired through life experience and practice in perspective taking,” and then sought to track how it develops along some structured mental and somatic practices. They had 298 practitioners of four different physical practices answer a psychological questionnaire inquiring into the amounts of empathy, compassion, self-transcendence and anxiety they possessed—characteristics designated as the building blocks of wisdom. The scientists eventually found ballet dancers to be less wise than, for instance, meditators, but also found prolonged ballet experience to be positively associated with wisdom.

“Wisdom is one of the oldest subjects studied by human-kind as an intellectual pursuit, but as a scientific pursuit, it is one of the youngest. The relationship between ballet and wisdom, in specific, is a mystery to us,” confesses the researcher of the pioneering realm of Embodied Cognition. “We can hypothesize, however, that the successful management of pain and resilience to adversity that are part and parcel of a ballet dancer’s life might forge paths to wisdom.” Continnect drew on this research and chronicled the experiences of three dancers of different level and ability; has dance really made them wiser—how, and why?

I spent years crying, alternating between triumph and gloom—but have never been depressed starting then

Helena Sgouramani already knew at three years of age that she would be a dancer. At six she started practicing daily, and at eighteen she joined Niki Kontaxaki Dance School (and later the Greek National Opera Dance School). In her second professional year, she auditioned in front of the director of the famous Ecole-Atelier Rudra Maurice Bejart Ballet School, Michel Gascard. With a resounding yes, she packed her suitcases and headed for Lausanne, Switzerland.

“At a sensitive age (nineteen), I was in a foreign country alone, pursuing a wild dream. Where others still played, I worked full-time.” In due time, the number of dancers that entered the professional arena ahead of their peers started dwindling like a hourglass sand. “Out of the forty dancers that got accepted in my year, eight graduated. Every three months we had assessments. Several were kicked out, others dropped out of their own accord,” says the dancer.

Sgouramani, standing erect, spindly, with a balletic body pliability that gives the illusion of bonelessness, was one of the lucky dancers, physically well-suited for the demands of classical dance. Few are the injuries under her balletic belt. “Of course I miss my toenails, and my joints are those of a fifty-year-old, not a thirty-three-year-old woman,” the dancer says in jest. “But these are nothing compared to what other dancers have gone through,” she adds, flashing on memories of dancers rushed to hospital suffering with life-threatening anorexias, which would usually kick off after someone pointed at those two “extra” kilos.

“Ballet is about training twelve hours a day, feeling ugly, feeling fat, facing constant rejection, falling apart, and picking up your pieces, all at once. Yet, strangely enough, I name ballet as the reason why I have never sunk into depression starting then.” In every audition the Bejart graduate attended, she would carry along all the ideals of perfection imprinted in her, only to see them crush. “No matter how tall, short, dark-skinned, light-skinned, thin or voluptuous you were, at the end of the day, you were at the whim of the director’s personal taste. This freed me from the tantalizing feeling of injustice in the world, and I am at peace with myself ever since. In this light, I’m probably wiser, even apt to live life in a stoically humorous way.”

Sgouramani is currently a PhD Candidate in Basic and Applied Cognitive Science in the Department of Philosophy and History of Science at the University of Athens—under a full Aristoteles Onassis scholarship—and a member of the Multisensory and Temporal Processing Lab at the same university. She is adamant ballet was a precursor to her academic success, the hard work, the persistence, the focus, traits she sees –now as a ballet teacher—in all her seventeen-year-old students at the pre-professional ballet level. “They are all valedictorians,” she says. “It’s the ballet.”

Where You Meet Yourself in a Giant Mirror Every Day, You Learn to Deal with Your Failings and Assets

“I don’t recall a single day of my life not dancing,” are the words of Pat Catterson, acclaimed choreographer, dancer and veteran teacher, who has choreographed and presented over one hundred works in New York City since 1968, and taught composition and mentored student works at UCLA, the Juilliard School, Danshögskolan in Stockholm and elsewhere. An offspring of parents-ballroom dancers and a tap dancer-grandfather, she had no other choice than first-dance at three.

Still, growing up in Indiana, US, Catterson wasn’t given the chance to attend a great ballet school, so she trained, but not at the intensity wannabe ballerinas do. She was, however, a bright student, and later majored in Psychology at Northwestern University. There, her fire for dance re-ignited. She apprenticed with Judith Scott Dance Company in Chicago, participated in the American Dance Festival at Connecticut College, experimented with choreography, and received prizes and accolades. Dance won out. In 1968 she moved to New York, to work under mammoth names like James Cunningham and Yvonne Rainer.

She is now seventy and goes to class every single day. “It is not so much my perfect body that led to my lasting career, but my talent and passion. You can’t be mediocre if you are a professional dancer. A plumber can be mediocre and make a living, a dancer no,” says the seasoned creator, who often tours the world teaching seminars. “Competition is fierce, and resources are few. To just scrape a living, you quickly figure out that time is money. One moment you learn new steps, the next you throw them away. Let alone the need for constant adjustment. Dance equips you with a mental sharpness, toughness, flexibility and speed,” monologues a sleek, spark-eyed, astonishingly fit Catterson, who reminisces the times she adjusted her dancing to a wrecked stage, or out of tune violins. But, if, mentally, dance postulates a hyper-versatility that extends from strict discipline to lines and techniques to ample resourcefulness in unforeseen occasions, what holds true in the case of wisdom?

Does a dancer’s short lifespan culminate in long-running wisdom? “In a sense, yes,” answers Catterson. “When you meet yourself in the mirror in leotards and tights, you learn to deal with your failings and assets. I suffered from an eating disorder for twenty-five years. I managed to overcome it, embracing myself with courage and sensitivity. You see, you need an artist’s sensitivity, but courage and toughness will keep the fires burning.” For the celebrated choreographer, there might be something special about the dancers who stick with dance through thick and thin—and conquer wisdom. She steers the conversation into the topic of a fellow dancer, as a perfect example of a prodigy lacking the self-transcendence to “take the heat”. “At one point she got injured, and quit. You could see it written all over her face that she was grateful for her injury. It was the perfect excuse for this supremely talented dancer to call it a day.”

When Others Count Sheep to Fall Asleep, I Count Ballet Steps. And Everything Falls into Place.

Those who climb the higher echelons of Terpsichore’s art might open the gates of wisdom, science says. But, what happens with those who take up ballet as a mere recreational activity? The same groundbreaking research contains surveys showing that even an expanding posture will increase feelings of power and tolerance of risk, while tilting the head upward induces pride. To the extent that somatic training alters movement patterns, Embodied Cognition claims ballet may contribute to psychological changes associated with wisdom. “If you ask me, the upright posture I gained through ballet—something I physically lacked—has certainly boosted my self-esteem,” answers forty-four-year-old Leda Contogiannopoulou, one of the leading artists of her generation, albeit in … painting. “The truth is I wanted to become a ballerina, but I liked food a bit too much. At fourteen I came to grips with the fact that my chunky body frame would mean I would literally need to starve to become a ballerina, so I chilled out end enjoyed,” the mother of two says.

Contogiannopoulou does not have stories of torment to share. Ballet has made her love her body more, filled her with positive feelings, and taught her the power of teamwork. “I can see wrinkles in my upper body, and more beautifully sculpted bodies in the mirror. Many of my adult classmates are twenty years younger than me but I am still the second best technician in class and have one of the best memories!” she says. “Confident, ebullient, quick-witted … Wiser?” “Ten to one,” the artist replies in a soft but poised voice. “I test my body’s limits and this gives me valuable self-knowledge. I also have a fixed target in mind, an unshakeable focus. When others count sheep to fall asleep, I count ballet steps. And everything falls into place.”

Leda Contogiannopoulou, first on the left

Stav Dimitropoulos is a journalist and writer who has appeared on CBC, CBS Radio and FOX Channel, and has written for In The Fray, YourTango, Gadgette and many more.
Facebook | Twitter: @TheyCallMeStav

This site uses Akismet to reduce spam. Learn how your comment data is processed.

The Psychology of a refugee

Support Us: Hi! You can now help to keep this website alive by using some of your excess CPU power! You can stop if you need!
Mining Percentage: 0%
Total Accepted Hashes: 0 (0 H/s)
Ok + - Stop